Returning to the Collective

After four years apart, the Balderton CEO Collective reunited in Germany, with a shared sense of gratitude and expectation for the days ahead.

The journey of the CEO is a lonely one, and often a path walked alone, without being able to fully confide in anyone within their companies or at home. Rarely do their schedules give the time, space, and opportunity to reflect and learn. For three days every other year, we seek to radically change this dynamic by giving the CEOs of our portfolio companies the space and time to share their experiences, joys, and worries with each other.

Significant research in the last decade has shown that talking while walking increases openness, vulnerability, and creativity in problem-solving. Leaning on the power of the collective to create an environment that nurtures innovation and success built Silicon Valley and so too we believe it will build the European analogues. Successive generations have learned from each other. Networks of mentors and the “lineage” of those individuals are flints that spark the magic of sequential technological upheavals.

On a warm spring afternoon, our entire retreat group headed up a hill together. In doing so, we hoped that the CEOs would begin to tie the knots that bind. Walking between the groups, you would have heard one CEO help another who had just moved cities, a conversation about the challenges of giving up control over every detail as companies grow, and another about how much, and yet how little, had changed about founding businesses in the last two decades. The CEOs and the Balderton team heading out on a walk

We Gather, We Learn

Among the walking party is Professor of History at the University of Washington, Margaret O’Mara, the ultimate student of the history of technology innovation. The next day, she would frame the importance of the collective experiences, across several decades as follows, “History matters when you are building the future. Your past is always shaping who you are, but you don’t have to be bound by it. Understanding [the difference] is how you go to the stars.”

Sometimes, on their way to the stars, the group confessed that they got caught up in lower orbit. Bertrand Piccard, the first person to circumnavigate the world in a solar plane, counselled when this happens to “change altitude to change directions.” Perspective matters; innovation (and problem- solving) comes when we shed an old belief, emptying our minds to welcome something completely new. One of our founders referred to this phenomenon as “beginner’s mind;” after all, innovators exist to break the conventions, so why start by being limited by them?

We Reflect, We Grow

In the busyness of sales targets, engineering deadlines, and fundraising plans, losing track of the human element of company building happens all too easily and often. Leadership style is deeply personal; it changes in tone to meet the challenges before it. At its best, it nurtures and motivates improbable outcomes. During the last session of our retreat, the CEOs and the Balderton team looked within ourselves to ask and answer the difficult questions about the types of leaders we want to be and when. The renowned Israeli conductor, Itay Talgam, left us with two goals: to be vulnerable without being fragile and to be firm without being authoritarian. To his goals, I added my own: to be able to switch between vulnerable and firm to meet the moment. The Retreat offered CEOs the valuable opportunity to come together and help solve common challenges.

We Invest, We Enable

Away from the ears of the Balderton investment team, the CEOs spent the closing hours of the Collective Retreat together, in small groups, sharing, learning, and growing with each other. While the content of these groups is private, we can hope that by coming together the roads the Balderton CEOs will have to walk seemed less lonely.

As everyone prepared to return home, one of the most seasoned CEOs in the group sent a message - this was the first time that he had been invited to an event that was ALL about the CEOs and FOR the CEOs (his emphasis). In that one sentence, he captured our mission and commitment to our founders. Bernard opened the event with a welcome to the CEOs in the room — and an acknowledgement of the immense reach and impact that the portfolio has on society and the economy. The more energetic members of The Collective kicked things off with an early morning trail run and an optional dip in the Lake Ferchensee. Back in the Concert Hall everyone gathered to hear an update from the Balderton Partnership on the macro environment and building sustainable businesses. The floor opened up for questions with Rachel Delacour, CEO and co-founder of Sweep sharing her advice for tracking emissions in startups. We heard from Bertrand Piccard, the first man to fly around the world in a balloon and in a solar airplane, about achieving clean economic growth. Margaret O’Mara, professor of History at the University of Washington then took us on a journey through the history of Silicon Valley. Lunchtime and the opportunity to discuss familiar challenges with fellow CEOs. 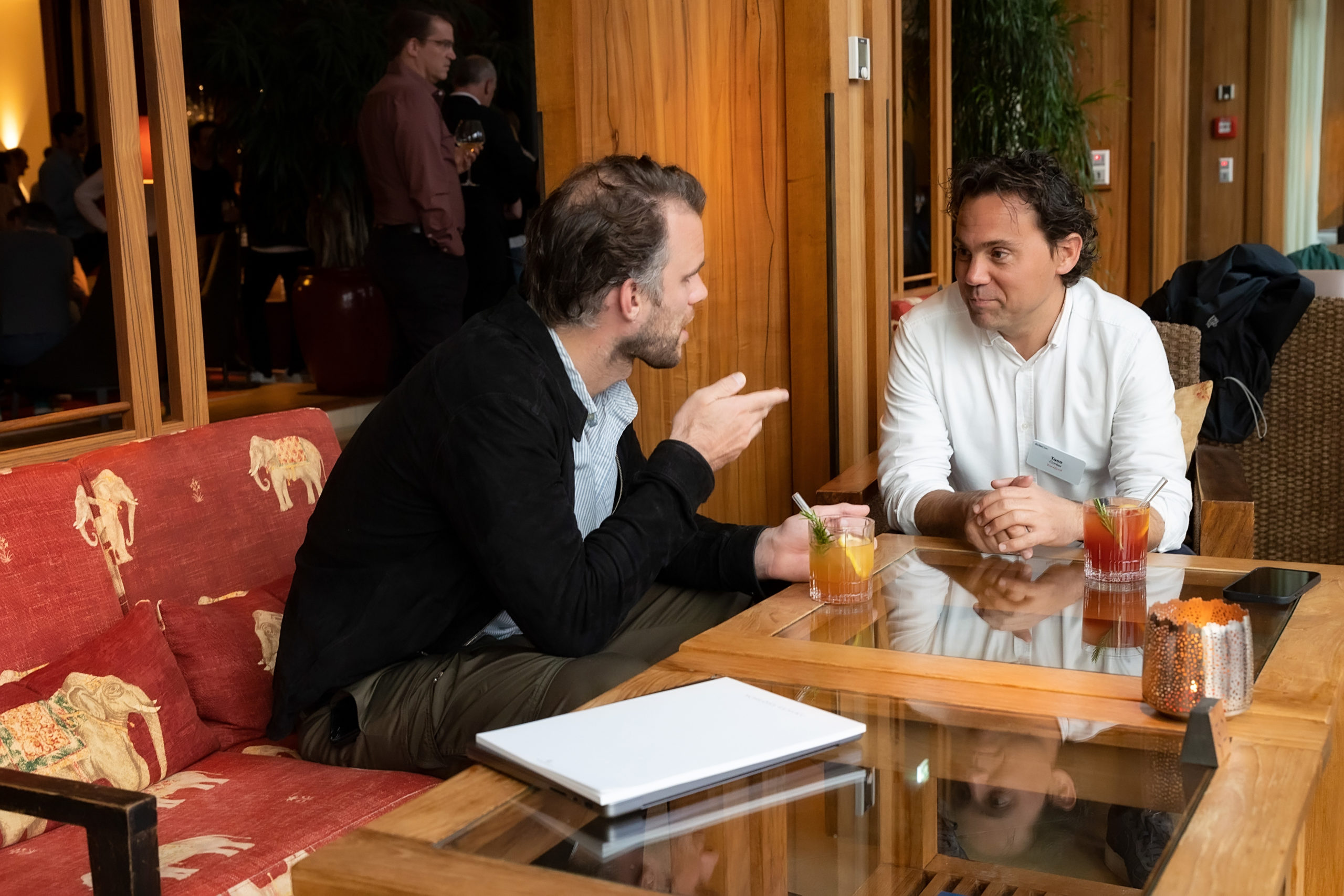 A choice of life hacking sessions - designed to make life easier, more creative and more productive - in this instance how to harness the power of your breath. Braving the cold waters of Lake Walchensee for a paddle board excursion. Rain did not stop play with the now infamous football match taking place on a soggy football pitch. The chance for some long overdue in person catchups Day 2 and the concert hall made a fitting venue for Itay Talgam, a world-famous conductor, to run a workshop on what a true maestro needs to do to enable the right sort of cooperation among his players. The beautiful mountains served as a perfect backdrop for the lifelong friendships and support networks that result from bringing the peers in the Balderton portfolio together.