Daniel joined Balderton as a General Partner in 2013 and he currently sits on the boards of Furhat Robotics, Kbox Global, Infarm, Lovecrafts, Merama, Simple Feast, Thread, Vivenu, and Workable and is a board observer for Attio and The Org.

Daniel previously held board positions at Revolut, Frontier Car Group (sold to OLX) and Tictail (sold to Shopify). He also worked on Balderton's Liquidity Fund and led this Fund's investments in (amongst others) Darktrace, Truecaller, Housecall Pro, Lendable and McMakler.

Prior to Balderton, Daniel spent five years as a partner at Wellington Partners and worked on investments including Spotify (IPO on NYSE), Hailo (now part of FREE NOW), Qype (sold to Yelp), Readmill (sold to Dropbox), and Bookatable (sold to Michelin).

Before Wellington, Daniel was a sector partner at 3i where he worked on all of their venture and private equity investments in the internet sector in North America and Europe.

Before that, he was at Yahoo! for six years from 1999 in the European corp dev team. He has a PhD and MA in applied mathematics from Oxford University and a Chartered Diploma in Accounting and Finance. Furhat Robotics
Stockholm, Sweden
Social robots that communicate with us, as we do with one another. Omio
Berlin, Germany
Search and book trains, coaches and flights to anywhere in the UK, the U.S., Canada and Europe. The Org
Copenhagen, Denmark
Explore org charts for all the world’s public and private companies 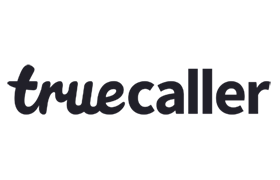 Zoe
London, United Kingdom
Understand how your body responds to food so you can take back control of your health & weight In this video, Nik Storonsky caught up with the Balderton partners who worked closely with his team in the very early days of Revolut. (Balderton first invested in Revolut at Seed stage in 2015). Read more about Revolut's news about onboarding 20 million retail customers here. Daniel sits down with the co-Founder of JoinZoe, Dr Tim Spector. JoinZoe joined the Balderton portfolio in December 2021. Daniel sat down 'virtually' with Felix Jahn of McMakler, to discuss McMakler's experiences in 2020, and plans for the future. November 2020. Daniel Waterhouse caught up with Sujay Tyle, Founder & CEO of Frontier Car Group at the Balderton CEO Collective in May 2018, a biennial event that Balderton hosts to bring together all the CEOs in the portfolio.

Zoe, which went viral with its Covid-reporting app, raises $30M to track nutrition and health https://t.co/4vrpP2Humh via @techcrunch

Looking forward to these… https://t.co/D56yLoiBDK

Attio raises a $7.7M Seed round

vivenu raises $50M Series B to disrupt the ticketing industry

Revolut at seed - a revolution in the making

Investment update: Infarm raises $25M to grow its network to 1,000 farms across Europe

Our Investment in Frontier Car Group

Originally on TechCrunch: How technology is merging with the human body

ROLI's new instrument, Blocks, will be available in all Apple Stores worldwide

Investment update: Balderton lead up to £7.75m round in Revolut

Ticket Upgrade – Our investment in vivenu

Reinventing food franchising: Why we invested in Kbox Global

Auto(matic) for the people* – the next phase of FCG's growth