Suranga joined Balderton as a General Partner in 2014. He was previously an entrepreneur and engineer. Suranga founded blinkx, the intelligent search engine for video and audio content in Cambridge in 2004. He then led the company for eight years as CEO through its journey of moving to San Francisco, building a profitable business and going public in London where it achieved a peak market capitalisation in excess of $1Bn. Before founding blinkx, Suranga was an early employee at Autonomy Corporation - joining as an engineer in the Cambridge R&D team and ultimately serving as the company's US CTO in San Francisco.

Suranga has a MA in Computer Science from the University of Cambridge. He holds patents in the area of video discovery and online video advertising, was elected a Fellow of the Royal Academy of Engineering in 2012 and was chosen as one of the World Economic Forum's Young Global Leaders in 2009. In 2017, Suranga joined the UK Government's Council for Science and Technology and serves on the Investment Board of the University of Cambridge. Suranga was granted an OBE for services to technology and engineering in the 2018 UK New Year's Honours. Funnel
Stockholm, Sweden
Gives businesses the complete picture of their advertising -- all costs and results -- in one place, all the time. MiiM
Salt Lake City, United States
The power of computer vision and AI to help understand and optimize experiences as people in the physical world. riff
London, United Kingdom
Voice-chat tool to make working from home feel more like being in the office 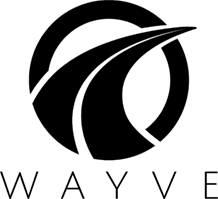 the @churchofengland runs 1 in 4 primary schools in England and just refused to back gay marriage. meanwhile 83% of… https://t.co/QmixKlx772 Suranga sits down with Fotis Fotiadis, CEO and Founder of Better Origin, to discuss Better Origin's mission to mend the broken food chain. There has been a huge amount of innovation in healthtech since the dawn of COVID. Suranga joined a Founders Forum panel as part of London Tech Week to discuss whether this momentum is set to continue. Suranga talks to Heini Zachariassen, founder of Vivino, about the 9 things you should never say to an investor — statements that will make them walk away! Along with Olga Maslikhova of Mercer Ventures, and Paul St John, angel investor. Raise in Europe or go directly to the US? Suranga joined a panel discussing whether Europe is enough or should Silicon Valley be the endgame to all aspiring startups? Panel discussion was a part of TechChill 2021 Diversity and inclusion: building back better. Discussion of diversity in tech with Suranga along with Frances Dean of VAKT, and Rosie Turner of InChorus. Hiroki Takeuchi, Founder and CEO of GoCardless, sat down with Suranga at the Balderton CEO Collective offsite in France, in May 2018. Maria Raga, CEO of Depop, sat down with Suranga at the Balderton CEO Collective in France in May 2018, a biennial event that Balderton hosts to bring together all the CEOs in the portfolio. Charlie Delingpole, Founder and CEO of ComplyAdvantage sat down with Suranga Chandraillake at the Balderton CEO Collective offsite in France, in May 2018. Rob and Suranga sat down with Jens Begemann, CEO of Wooga and Sascha Konietzke, CEO of Contentful at the NOAH Conference in Berlin in June, 2018 to talk about how they've grown global from Berlin. Live from SuperVenture 2019, Suranga talks about how  "data only" will never be a successful strategy for VC firms; how AI and data are being put to work for venture capitalists; why post-2008 there is more enthusiasm around becoming an entrepreneur; and how new technology can drive this trend. SuperReturn 365 Series, March 2019. Panel discussion at SuperVenture covering how the use of data influences investors source opportunities and how they communicate with one another; will personal connections give way to more data-oriented approaches; and how is data being utilised in due diligence, deal sourcing and reporting. Read more on the SuperReturn 365 site, March 2019.

In December 2014, shortly after joining Balderton, Suranga talked to LondonReal and gave his first impressions of working as a venture partner at Balderton and the lessons he's learning along the way.

The Venture Capital business model (or “how do VCs make money anyway?”)

The decision-making process of an early stage venture investment, from the inside

The ever changing nature of being a CEO

What job titles mean in Venture Capital, and how to navigate them

7 Benefits your VC should provide

Firing someone for the first time: five critical steps

Anatomy of a venture capital investment

Wayve raises $200M to accelerate the development of AV2.0, the next wave of Autonomous Vehicles

The story behind Fund VIII, and our life as a multi-stage firm

Hubilo raises £17M Series A to redefine the future of events

Our investment in Beauty Pie

Riff raises $1.5M to make working from home feel more like being in the office

Digital Surgery acquired by Medtronic - Three observations on their journey

DevSecOps and Secrets Management - why we invested in GitGuardian

Balderton VII — and why we invest at Series A

LevelUp is acquired by Chicago-based Grubhub

Firing someone for the first time

European Entrepreneurs: we have your back

7 Benefits Your VC Should Provide

Anatomy of a VC Investment: What to Expect in Your Fund Raise Process

How do VCs decide which tech companies to back?

An entrepreneur's guide to corporate venture capital: Advantages and disadvantages

Founder Mojo — the Good, the Bad, the Ugly

We have to stop complaining about having to say no

Why Equal Partnership VCs are better for Entrepreneurs

The Technology of Motivation

What a VC is looking for at Seed and Series A

Europe suffers from a lack of late-stage investors

Engineering Serendipity and our investment in Riff.co

Celebrating failure: how entrepreneurs can learn from their business mistakes in five steps

Most startups fail. Here's how to successfully grow your business

Suranga Chandratillake: Will bike-sharing schemes in cities wobble off course?

Hype or reality? Tech investments for 2018

Adventures in Business 'Now's the time for change in venture capital': meet the unicorn hunters

Is Snap about to deal the final blow to television?

Is money for nothing the shape of the future?

Tech firm blemishes that must be tackled