As a Danish proud citizen — albeit one who left at 21 years of age — it goes without saying that I feel a strong affinity with Denmark.

Even while I was working over 5,000 miles away in Silicon Valley between 2007 and 2015, I kept a close eye on my home country and indeed the entire Nordics region as it evolved over the course of that near decade from technology pioneer to global powerhouse.

Today we’ve reached a point, according to new research from Balderton Capital, where 15 per cent of all European VC-backed startups are based in the Nordics – with Denmark, which has a population of fewer than 6m, accounting for a quarter of those businesses and Sweden for 40 per cent. In fact, there is something of a funding frenzy taking place in the Nordics, driven by the quality, range and growth rates of the startups springing up across the region. Although sometimes overshadowed by the activity in the UK and France, the Nordics are receiving a growing proportion of VC investment from funds in London, mainland Europe and further afield.

Today, 15 percent of all European VC -backed startups are based in the Nordics — with Denmark accounting for a quarter of those businesses

In 2017, Nordic startups were backed to the tune of about $1.5bn in VC funding — a staggering 7.5 times the amount deployed just seven years earlier. And while it might sometimes feel like Spotify’s success is an outlier, the reality is that it is Sweden, not the UK, which has notched up the most startup IPOs in the EU, with more than 100 Swedish tech companies going public over the past 10 years, while Denmark is in fifth place.

Our research also found that Denmark broadly mirrors the success of the Nordics in general. The country represents an average of 17 percent of the total capital deployed in the region. In 2017, Danish founders received over $135m of VC funding, 8.6 times the amount of capital raised in 2010. A total of 83 companies benefited from the funding – nearly five times as many as in 2010. By August 2018, Denmark had already received $190m; more than it received throughout 2017.

How do we explain Denmark's success?

So how then do we account for Denmark’s outsized success given it ranks just 17th among EU member states by population? As always there is a broad spectrum of reasons, of which I’d argue that the following are pivotal:

Many nations talk a good game when claiming that their society is entrepreneurial and innovative, but Denmark demonstrably does far more than that. Over my lifetime and recently in particular, an entrepreneurial attitude and startup mindset has long since taken root among Danes. This is borne out, for example, by the fact that Denmark has the third largest volume of patent applications in Europe, while tellingly, at Balderton, we’ve backed more Danish than German founders over the last two years (despite the vast population disparity).

No surprise then that Denmark ranked in the top six nations worldwide in the Global Entrepreneurship Index 2018, with the country scoring particularly highly in the categories of ‘Opportunity perception’ (‘Can the population identify the opportunities to start a business and does the institutional environment make it possible to act on [them]?’), ‘Technology Absorption’ (‘Is the tech sector large and can companies rapidly absorb new technology?’), ‘Human Capital’ (‘Are entrepreneurs highly educated, well trained in business and able to move freely in the labour market’) and ‘Risk Capital’.

In our experience, the level of ambition among Danish entrepreneurs tends to be global from day one. In part, that is because there is an ever-deepening pool of founders who are on their second or third business, and may also have had done a stint in Silicon Valley. A poster-child for this trend is Jakob Jønck, CEO and co-founder of Simple Feast. A recent addition to the Balderton portfolio, Simple Feast is Jakøb’s third startup; he previously co-founded Endomondo (which was acquired by Under Armour) and was head of operations at MyFitnessPal, based in the San Francisco Bay Area, (also acquired by Under Armor).

Jakøb is part of a new breed of ultra-bold Danish founders who benchmark themselves against the market leaders in their field. With this second generation of founders – which also includes Unity Technologies founder David Helgason, alongside the founders of Denmark’s other most celebrated scale-ups such as Zendesk, Trustpilot, Just Eat and Vivino -- all of whom have become angel or super-angel investors and board members, we’re seeing a step change in the way startups now build their teams, execute on their visions, articulate their stories, and above all understand how businesses can be run. Together, like the proverbial rising tide in a harbour, they are lifting startups across the ecosystem.

A plugged-in government, leading the way

A second reason for Denmark’s success is the way the Danish Prime Minister, Lars Løkke Rasmussen, has not just spoken warm words about the tech sector but walked the walk too. Driven by his belief that tech entrepreneurship is a growth engine for European prosperity, creating jobs, value and opportunity, Mr. Rasmussen has cleverly brought together a group of tech influencers, including entrepreneur Tommy Ahlers, formerly chair of (Balderton portfolio company) Peakon, now minister of Science, Technology, Information and Higher Education. Indeed Jakob Joenck is one of the advisers in this government panel too. The results of this are already plain to see: regulations on employee equity have been relaxed, making it easier for startups to compete for top talent by offering stock options.

Embracing the technology scene has already led the Danish Government to appoint the first ever ‘ambassador to Silicon Valley’ to help attract investment into Danish tech, and burnish the credentials of Denmark’s startups stateside. Having support and a sympathetic ear at the top of national government is something few ecosystems can truly claim, and will encourage far greater synergy between lawmakers and the needs of the startup community. A prime example is how easy it is to apply for a work and residence permit and launch a startup in Denmark as a foreign national.

Third, Denmark has a number of inbuilt cultural advantages over other hubs, the most obvious of which is the ubiquity of the English language (an estimated 86 per cent of Danes speak English), making overseas expansion and setting up in or moving to Denmark for non-Danish speakers far easier. The Danes find it natural that in a group setting with a single non-Danish speaker, the conversation switches to English. In fact Denmark was ranked as the third-best non-native English-speaking country in the world.

From culinary experimentation to a coveted reputation in design and even TV drama, Copenhagen is a globally admired city with the quality of life in the Danish capital reflected in the way it often tops lists of the world’s most liveable cities. Trend-setting Monocle Magazine has repeatedly named it as such, while Copenhagen has consistently appeared high up in the Economist Intelligence Unit’s index of Liveable Cities, (it currently ranks second in Europe, behind overall leader Vienna, and ninth out of 140 cities globally.) That plays an important role when it comes to attracting talent and entrepreneurs from around the world. As does the country’s impressive array of science parks and tech accelerators.

Furthermore, an OECD study found that Denmark has the lowest inequality rate among OECD nations, and bolstered by a generous cradle-to-grave welfare state - which also serves as a financial cushion for entrepreneurs in bootstrapping mode - it is one of the happiest nations on earth.

Meanwhile, the ecosystem is further boosted by Denmark having one of the world’s top five rated higher education systems producing a highly educated workforce, with universities such as the Technical University of Denmark (DTU), one of Europe’s leading engineering schools, and Copenhagen Business School offering startups a constant stream of highly skilled management and engineering graduates.

Our own experience in Denmark – and the Nordics generally – has been overwhelmingly positive, which is why we are doubling down on the region. Since inception, we have invested over $200m in companies in the Nordic.

Over the past 14 months we have been the most active Series A investor in the region, making five investments since the beginning of 2017 (in Furhat, Funnel, Labster, Peakon, and Simple Feast) – three of which are in Denmark.

Close to a third of the capital from our latest fund (Fund VI) has been allocated to the Nordics, with 77 per cent of that invested in Danish founders.

Yes, there are still plenty of issues to be addressed: the cost of living and housing, while improving, remains off-puttingly high for many potential hires from around the world (you can live far more cheaply in Berlin, for example) -- and the talent pool isn’t deep enough to sustain companies in growth mode. Unsurprisingly, many leading Danish scale-ups - Zendesk and Just Eat, among them - end up expanding internationally by necessity.

However, these amount to minor issues when set aside a thriving bigger picture. At Balderton we want to play our part in ensuring this momentum continues to build, which is why Balderton has already committed more than $50m of investment to Danish startups and intends to continue to invest in the country’s most promising tech businesses, at a level that could reach $100m in the next few years. As of today Danish startups backed by Balderton employ 269 people and will have generated $57m in revenues by the end of 2018. We believe this is just a glimpse of what lies ahead, in an ecosystem which is only just getting started.

In September 2018, we gathered together business leaders and founders for a private event at the beautiful Thorvaldsen's Museum in Copenhagen to coincide with the 2018 TechBBQ startup event. There we shared data on the current state of European tech, discussed the role we all have to play in encouraging future European-born global technology giants and heard from some great speakers, including: Tommy Ahlers, the Danish Minister for Science, Technology, Information and Higher Education; Jan Daamsgard, Head of the Department of Digitization at the Copenhagen Business School; and from our CEOs of Peakon, Labster and Simple Feast.

Since our inception, Balderton has invested over $200m in tech companies in the Nordics 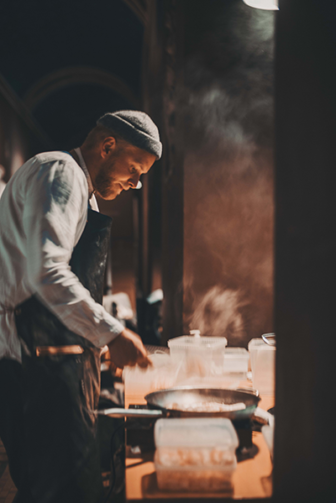 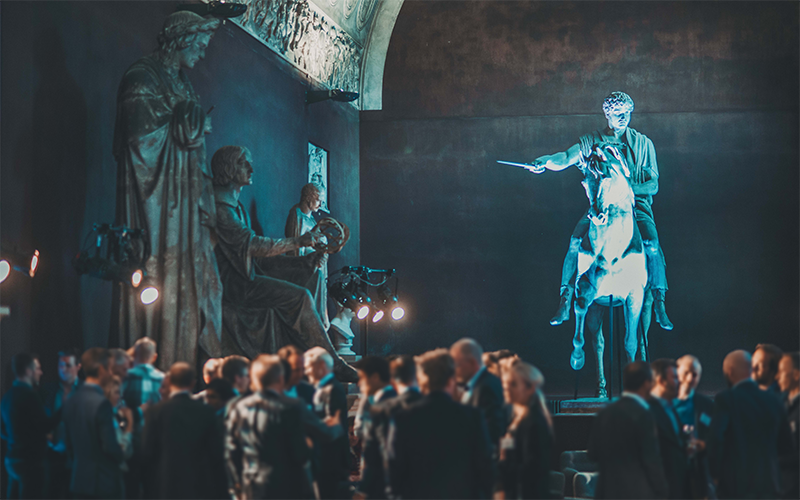 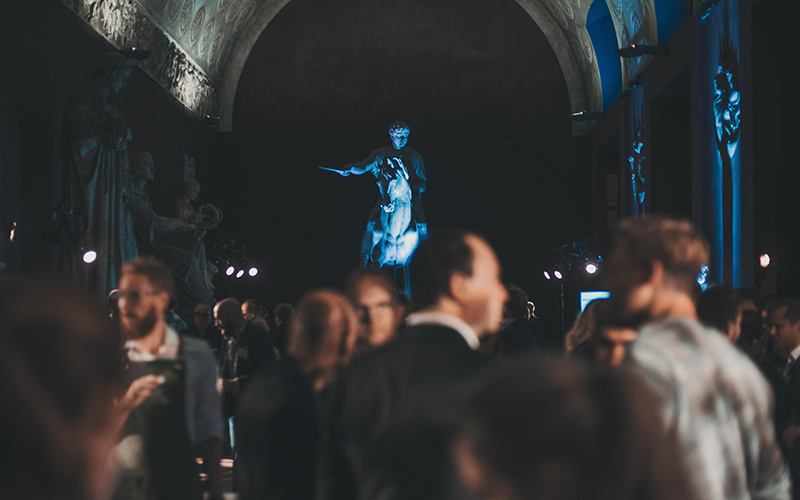